You are here: Home / Family Life / Parenting is Hard When She’s Snubbed By The Big Kids
Spread the love 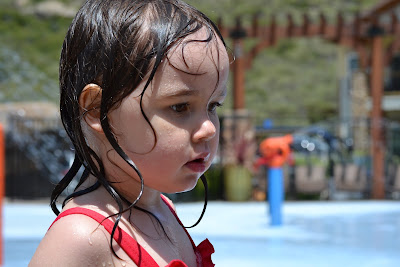 My Princess is only 3 years old. She is stubborn, bossy and independent. We often catch her bossing around 10 year old kids when we are traveling on the road.
It always amazes us.
She likes big kids. They have more patience and seem to “give in” to her more than children her own age. So some of her closest friends are children who are 5 and older.
One day recently, while we were out, they would not let her play with them.
They kept running away from her.
She was persistent and kept chasing after them. Trying so hard to play and be included.
After about 30 minutes she gave up.
Running to me, in tears, she cried, “Mommy, they don’t want to play with me. They think I am a baby.”
What do I say to that, people?
I was heartbroken for her.
So I told her that she’d be okay and they would want to play with her again soon. I explained to her that sometimes kids don’t always want to play with younger kids. I reassured her that she was not a baby, but to them, she was just younger.
After a bit of time, she quit crying, but I knew she was still hurt and did not understand.
What more can I tell her? Or her friends?
1 Peter 5:7 “Give all your worries and cares to God, for he cares about you.” (NLT)