You are here: Home / Family Life / Eeeee, I am scared
Spread the love

My Princess has started telling us when something is scaring her. She has never really been “scared” before but now things are becoming, “Eeeee!”

This week, we rented some videos at the library including a Bible video about Moses. It was a video that I did not think she would like. The graphics were terrible, and she is used to much better graphics. She didn’t mind them though. In fact, she was really into it!

But once the bad man started to say, “Kill the children” in an evil voice, she ran to me. “Eeeee, mommy, I am scared. I don’t like that.” Well of course not! 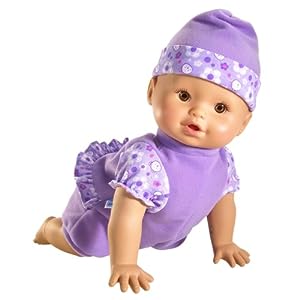 Then when we drove to the County Fair she brought her favorite dolly. As she was playing with her nicely in the back seat I heard a thump. Dolly had hit the floor. I asked her why Dolly fell. She said, “Her eyes scared me.”

What? I know Dolly eyes can be kind of creepy but I didn’t think a two year old would think so. I explained to her that Dolly was not real, and that her brown eyes were pretty and shiny.  It helped. She played with her and did not mention it again.

Her grandpa gave her a movie called Lilo and Stitch. She has tried to watch it twice this week. Once it gets to a certain part with the bad guy. She runs to me scared. No more Lilo and Stitch for my Princess.